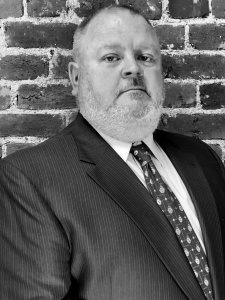 Goldstein & Associates would like to welcome its newest member to the firm, Veteran USCIS Attorney Todd Fine. Todd was born and raised in Eighty Four, Pennsylvania. He achieved his Bachelor’s degree from California University and went on to complete his Master’s degree.  Following graduation, he attended the USAF officer training school.  Upon completion, Todd became commissioned as a Second Lieutenant Personal Officer. After his service, Todd decided to join USCIS in 2008. He learned the inner workings of the government immigration system. To move up in the agency, Todd attended law school at Duquesne University under the Post-9/11 GI Bill.  He was admitted to the Pennsylvania State BAR Association in November 2014.

After 9 years at USCIS and 21 total years of government service, Todd felt his next step was to work directly with immigrants to serve in their journey to greater opportunity. Because of this, he decided to move to Goldstein & Associates where he intends to use his expertise of immigration law from the government side to help immigrants gain residence in the United States. Todd gives Goldstein & Associates a huge competitive advantage over any other law firm because of his knowledge of the inner working of USCIS. As the highest rated immigration law firm in the Pennsylvania, our service and success will go even further with Todd. Welcome to the team, Todd!